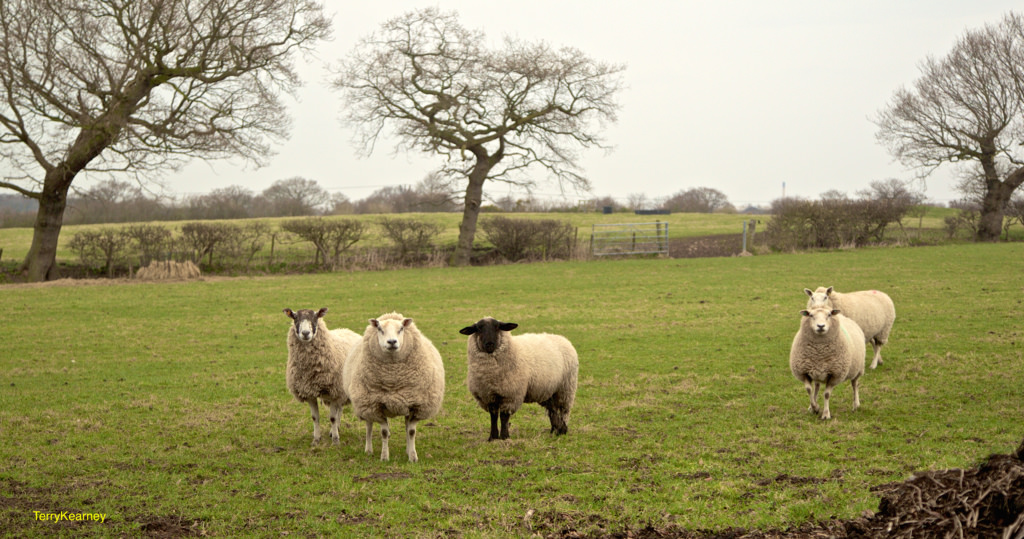 What if they didn’t?

What if, instead of asking, “How many sheep do you see in this picture?”, you simply asked, “How many?”

I did this the other day with a group of pre-schoolers. I held up  this picture book…

There was silence. They were waiting for me to complete my question. When I didn’t continue, one child bravely asked, “How many WHAT?”

“Yes. How many WHAT? Your choice,” I responded.

After a bit more silence, one child ventured, ” I see one bed.”

It is interesting to note that as the kids were figuring out “how many”, some were breaking wholes into parts. One child saw the whole table while another child saw the legs that were part of the table. I pointed that out and encouraged it in the next picture.

The question, “How many?” in this case inspired answers like, “One Mona Lisa!” “Two eyes!” “Ten fingers!” “Two lips!” (If I hadn’t been losing some of their attention at this point, I might have pressed them on actually counting the fingers in this painting.)

Sitting in a circle looking at pictures was eventually too much for this group of 10 pre-schoolers. One was wiggling and begging to run outside. Another sidled off with his own favorite book. So, I gave each child a handful of pattern blocks and let them begin to create their own designs on the floor. As they did, I asked each one, “How many?” They were quickly engaged again as they built their own designs and patterns. (I did not take pictures of what they actually created. Below are some of my recreated examples. The picture on the left is what I made as an example…3 hexagons, 2 trapezoids, 6 triangles. Very organized. A little boring. The picture on the right is the kind of design the kids actually built. 3 triangles, 7 squares, etc…but also 1 bear, 2 claws, 2 ears!) 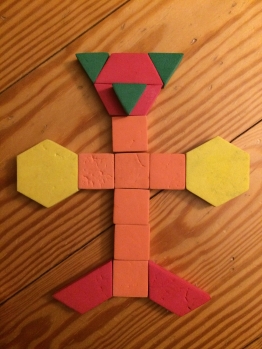 Here’s what you can do at home:

(Mathematically…changing the question slightly changes the way your child’s brain approaches the answer. Asking, “How many dogs are there?” is very clear and has one correct answer. It’s like a neat little box. A child trying to answer this question only needs to identify the animals and count, then she will look to you to affirm that she is correct. Asking, “How many?” requires the child to observe and then make an independent decision about what to count.  Then her answer must include that extra word to label what she has counted. It’s a more complicated thinking process. Can you even imagine the neurons firing in that child’s brain as she thinks, “What? Huh? What am I supposed to do?” Then maybe, “Oh! I’ll surprise Mom by counting the number of legs on the dogs!” Or the number of tails. Or the number of collars. Changing the question creates a richer thinking experience and encourages a more flexible mathematical mind. )

Also – a shout out to math teacher, “talker,”  and parent Christopher Danielson for inspiring this activity with his post. His book, How Many?, is not available yet, but you can get a taste of it from the post, and you can also watch his Ted Ed video about counting units.